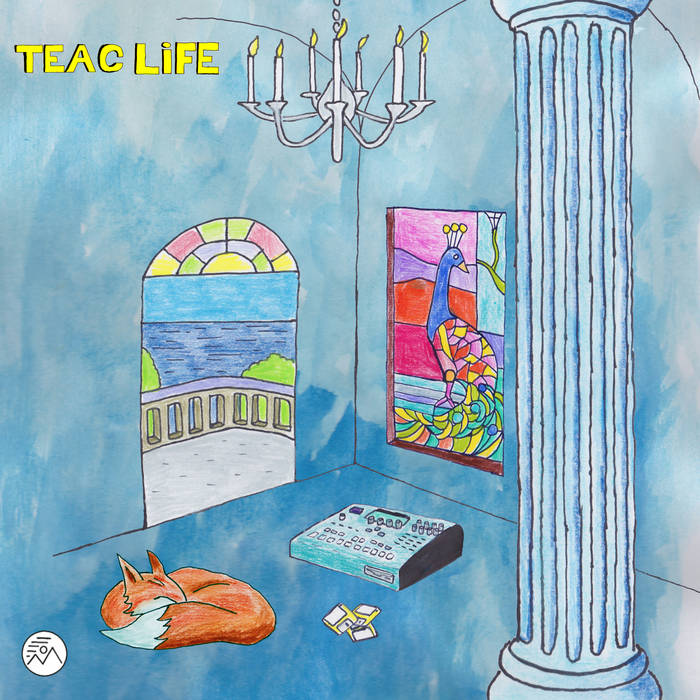 W.Skizzo I only have favorites on this album! But if I had to choose: Favorite track: Master Of The Druids.

The Starkiller I just love the TEAC noise... it's the secret sauce that makes Legowelt the Kentucky Fried Chicken of house! Favorite track: Beyond Ur Self.

Boredomramsey Over 2 hours of fuckin' greatness. Favorite track: U Can Fly Away From The Hood.

Matthew Phillips this album when I first heard it was like a dream come true. had strangely, given my enthusiasm for this kind of music since about 1988, not heard of Danny until this album. nice to see it get a digital re-issue and slight (nearly 20 minutes) expansion. fewer albums released since 2011 have held my attention so well. have since got most of Danny's other stuff and while I find much of it equally compelling, this album still enchants me like no other.

This is a digital re-release of my TEAC LIFE album I released as a free MP3 download on my website in 2011. Lots of people are asking where they can get a high quality wav version so I decided to put it here on my bandcamp and make it NIGHTWIND RECORDS NW012.

I made some fresh artwork so it fits in the Nightwind catalogue and added a bunch of tracks that were produced in the same flow but didnt make it on the original TEAC LIFE album.

If you want it on vinyl there was a quadruple 4xLP version pressed in 2012 and a re-release on colored vinyl in 2013 if I remember correctly, I am sure you can find a copy if you dig a little around because they pressed quite a lot. I think the colored versions were also sold as individual 12"s.

Made entirely on a Yamaha RM1X sequencer and Juno 106 in my old studio in the dunes of Scheveningen on the North Sea coast. Recorded on an old TEAC (Tokyo Electro Acoustic Company) recorder, hence the title.

Like the original album this one is free,you can pay what you want ofcourse if you like it it, any amount is highly appreciated :)

Mille Petrozza stops by to talk about the new Kreator album, plus music by Trauma Bond