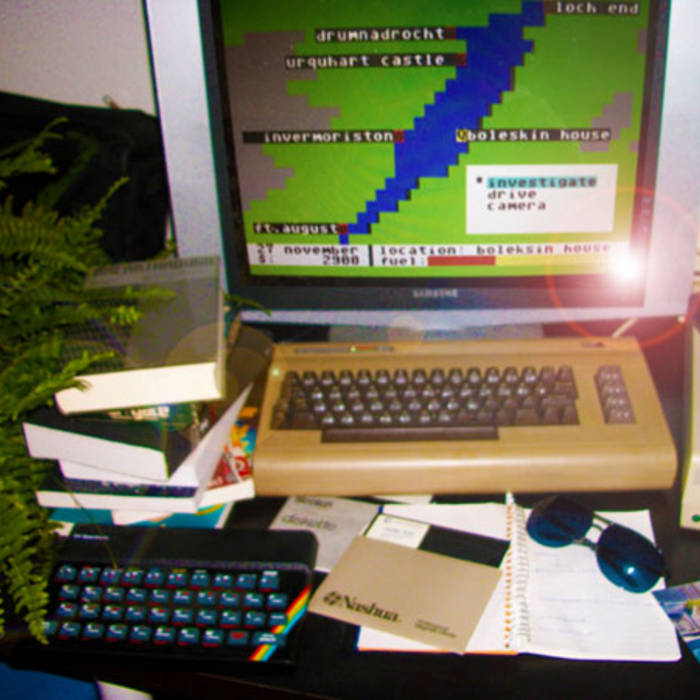 Justin Morgan Mr. Wolfers delivers once again... His soundtrack work is always a voyage to another world. Favorite track: Ritual Of Abramelin.

Behind The Mind Studios

The complete soundtrack for the never finished Commodore 64 video game. 9 tracks of liquid emitting haunting epicness to play as the background music for your life's paranoid pandemoniums and mystic endeavorments!

All composed and recorded on a snowy winter evening early 2013 with a bunch of Commodore 64's using its mighty MOS SID chip going trough a barrage of analog delays, tandy radioshack mixers and electromagnetic static that was emitted by the rubbing of Legowelt's fleece sweaters and silk blouses....straight onto dusty cassettetape...all for u free of charge, enjoy!

Chief among the many personal obsessions of Danny Wolfers, aka Dutch electronic enigma Legowelt, is programming primitive video games for the quarter-century- obsolete Commodore 64 computer. He has described the arcane coding process of constructing these games as “relaxing and Zen" and even formed an ambiguous umbrella software company, Pacific Micro International, to release his creations. Last year Wolfers staged a contest in which retro software designers were invited to submit new Commodore 64 games, with the winner receiving both a Pacific Micro programming deal as well as an original Legowelt soundtrack. In January he announced the victor: Rashid Maheswari’s Loch Ness, which concerns the quest of a researcher to prove that the mythical monster exists. Without playing the game, it’s impossible to say how precisely the soundtrack integrates with Maheswari’s 8-bit search for the famed lake serpent, but as a suite of themes and mood pieces, Loch Ness demonstrates how versatile and textured even the clunkiest of outmoded technologies can be in the right hands.

Wolfers coaxes the Commodore’s crushed sound chip tonalities, aided by a couple of effects units, into impressively ominous and mysterious atmospheres, transforming what might otherwise be a quaint exercise in nostalgic kitsch into a fascinating contemporary spelunk through the circuitry of a historically abandoned instrument. From the dread-steeped showdown of “A Modern Day Myth” to the eerie, windswept descent of “Loch Ness Martial Arts Club”, he clearly revels in the restrictions of his chosen sound sphere. With less tools at his disposal, he resorts to slightly more formal compositional models, as opposed to the hermetic improvisational vibe which dominates the bulk of his House and Acid output. Compressed, synthetic drones swell and flatline, while arcade-fidelity motifs eddy in symmetrical pools on the periphery of the mix; each piece’s resolution consists of a methodical dissolution of its aggregate elements, giving the soundtrack as a whole a haunting, endless, meditative quality. It’s perfectly suited for late nights spent navigating your character around a two-dimensional bitmapped block of blue, typing in search commands for the legendary cryptid.
Britt Brown