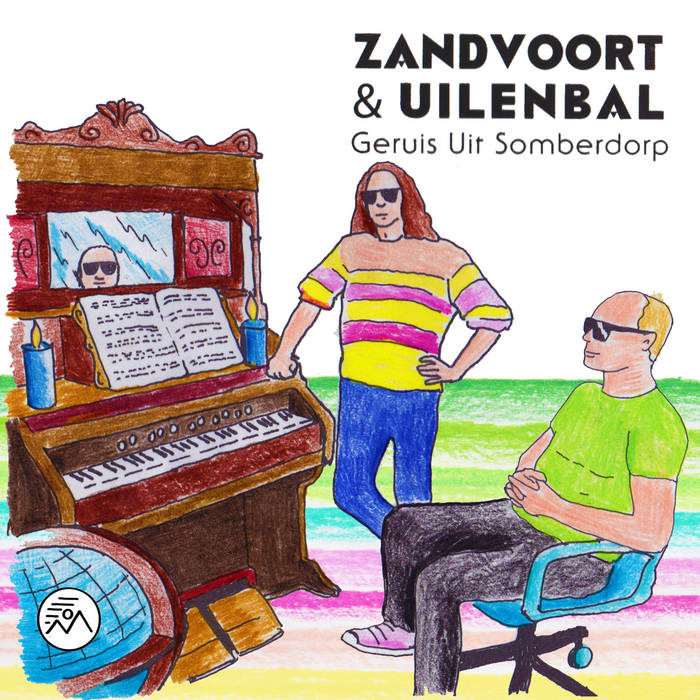 Played in this performace is the 19th century Kimball 'Parlor Organ' Harmonium build in Chicago. A beautifull Victorian era wood crafted instrument with an arcane haunting sound. The creaking wood reminds us of an old wooden ship, adding an extra seafaring dimension to an already nautical sounding instrument.

The Mixtur Trautonium is a more advanced version of the Trautonium, an early electronic instrument using neon tube relaxation oscillators that could produce sonic waveforms. Originally invented by Friedrich Trautwein from Berlin in 1929, it was further developed by German composer Oskar Sala. Adding special harmonic oscillators, the Mixtur Trautonium could play sounds that were devised in theory during the middle ages but could never be practically played until now.

Its unique harmonic rich sound pallette is instantly recognizable and pioneered a handfull of soundtracks and experimental pieces before the dawn of the synthesizer.

Geruis uit Somberdorp is influenced by the 'idea of the somber coastal village'. It was composed and recorded in the seaside town of Scheveningen (Holland) during the mundane atmosphere of a North Sea winter.

Musically the instruments are all their opposites: The old wooden harmonium, the sizzling electricity of the Trautonium and the digital sprinkle of the synthesizer. They all merge into an arcane porridge that stretches many centuries. We can hear touches from the 'madrigale spirituale' of Renaissance madman Carlo Gesualdo de Venosa all the way to the hypnotic disymetrical patterns of Morton Feldman.

This digital release comes with the artwork in JPG and a bunch of vintage moody photographs of the coastal town of Scheveningen.

Recorded in early 2016 at the North Sea Institute For The Overmind.
Nightwind Records NW010
Also avaible on CD and Cassettetape (Coming later this month)