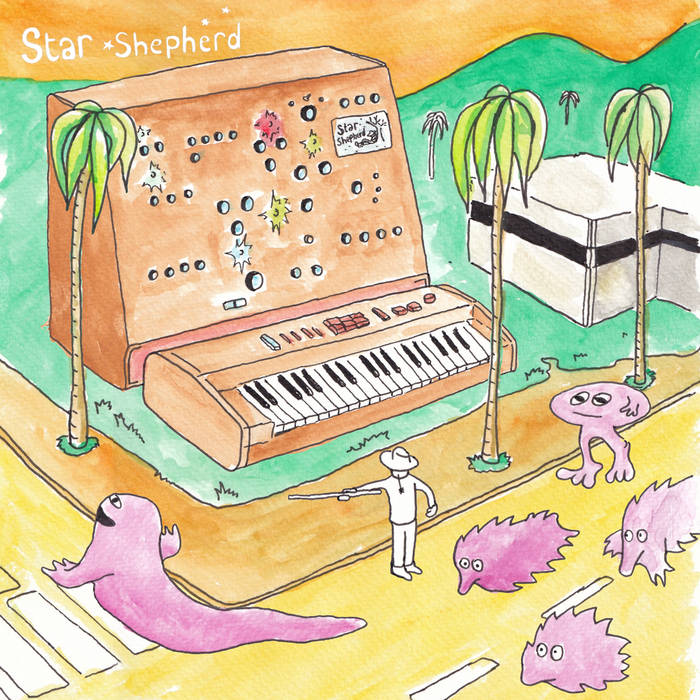 C://FNFN happy to get in a new Danny Wolfers cruise for new sonic lands, driven by a polymorphic lo-fi engine, allowing to explore a wide pan of colours — stay safe during the trip, everything move by itself Favorite track: Zanussi Washes Jesus Sins.

Sumatran Black Climb aboard the Star Shepherd for the ambient journey of a lifetime. If you read the description, you might be fooled into thinking this is a quirky throwaway release from a guy celebrating the construction of his homemade frankensynth. However, it's much more than that and in my opinion is one of the best things Danny (Legowelt) has ever done. If a track like Windswept Pastures appeared on Cryo Chamber, the dark ambient heads would be calling it the release of the decade. This is mesmerizing ambient joy.

If you thought you heard it all get ready for the Star Shepherd! Legowelt teams up with The Hague's misfit consortium Baglover and presents 11 songs made with the self built Star Shepherd synthesiser. From sing-a-long existentialist exotica to power-noise ambient to wooly hypnotic saturated melodies - embrace this new dawn in lo-fi counter culture synthesis and wash your virtues away!

Liner Notes:
''Enter the STAR SHEPHERD a synth I build/bent/hacked/modified from old guitar pedals, FX and EQ boxes, a small AM radio and a 1981 Casio 403 keyboard. The oscillator section is made out of Pitchshifter/Harmonizers/Sub Octavers and a graphic EQ pedal to create complex harmonic tones - transmorphed from the simple keyboard sounds fed by the Casio. The sound then goes through a bunch of circuitbend analog delays, reverbs, Tremolos & vibratos (figuring as makeshift LFO sources) and Wahwah pedals as filters. The AM radio is figuring as an adventerous random noise source. There is also a very simple keyboard style 'sequencer' made from a looper pedal. The case is made out of cheap plywood and everything is held together with screws, glue and tape. It is very noisey, crackley and sometimes starts doing its won thing - like some sentient synthesizer-being that is a;ive. This makes it quite an undaunted experience'' D.